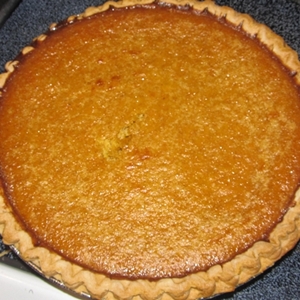 Working at the local farmer’s market each week, I felt this sudden urge of inspiration to delight and impress my Fernandina Beach family and friends for the holiday season with a homemade pumpkin pie, or four.

Pumpkin pies are my personal favorite! My step-father, Pop, made them from scratch every year. Knowing it was my favorite, he would plan to bring one for me and then ask, “How many do you want to share with the rest of the family?”

We shared a knowing laugh when I always answered, “Ten, but who said I was sharing?”

…and so tradition was started and he would bring me, seriously, a dozen pies each year that I would share, by gifting most of them, to a few co-workers, friends and other family members. Pop passed away on Christmas Eve a few years ago, and suddenly, while walking through the Market Place one autumn Saturday morning, I had this urge, this desire… this inspiration… this voice in my head that shouted, “Yes, I could carry on his tradition!” 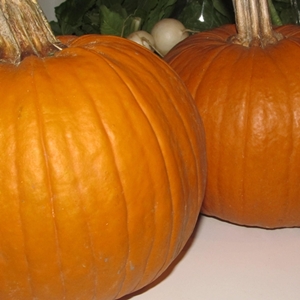 I discussed this with a few farmers attending the market and learned that a Jack-o-Lantern just wouldn’t do, so we purchased two Pie Pumpkins hoping we would have enough “pumpkin meat” to assemble at least two, maybe even three pies.

Pie pumpkins are just one of many squash varieties grown for making desserts. These are much smaller than a Halloween pumpkin, they are more dense and the shell is much thinner. I don’t know if the two we purchased were sugar pie pumpkins, winter luxury or the golden cushaw, but I’ve read these are all good varieties for making this delightful Thanksgiving dish. I even learned from one site that the canned pumpkin found in the grocery store is made from a variety of butternut squash, which is not really a pumpkin!

Now that I had my pumpkins, I needed to know how to turn them into savory pies so I began looking up recipes online. They were all slightly different, so my husband suggested that I read them all, mix and match the ones that I liked and surely it would produce a fabulous pie in the end. 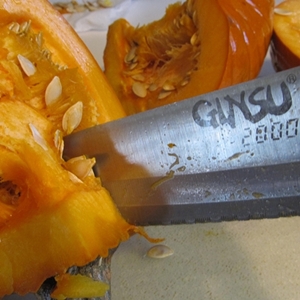 After rinsing off the pumpkins, I grabbed my favorite, large, serrated knife, the Ginsu 2000, and with a sawing motion, sliced each pumpkin in half, then removed the core.

Next, we scooped out the seeds and all that stringy glop you’ll find inside of a pumpkin. Rather than throw it all away, we kept some seeds to plant, and since my youngest daughter had never tasted roasted pumpkin seeds before, I taught her how to roast the rest of them.

Some recipes suggest using an ice cream scoop, but I just grabbed a large, metal tablespoon from my everyday flatware and began scraping the pumpkin down to a clean wall. 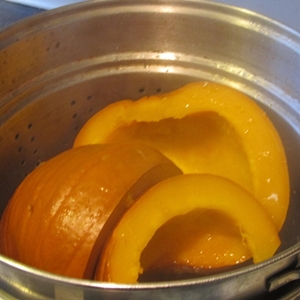 Steaming the pumpkin on the stovetop meant I had to cut it into a couple smaller sections, and I still ended up cooking each pumpkin one at a time.

The recipe said to put only enough water in the bottom of my steamer so the pumpkin would not actually be lying in any of the water. Cover the pan, bring the water to a boil, and steam for 20 minutes.

It is also wise to note that you should check on the water so you do not scorch the bottom of your pan should all of the water evaporate.

Keeping a constant eye on the stove, I had to add more water and I steamed the pumpkin for an extra 20 minutes… and then another 10 minutes. The next time I do this, I will steam the pumpkin even longer… maybe an hour. 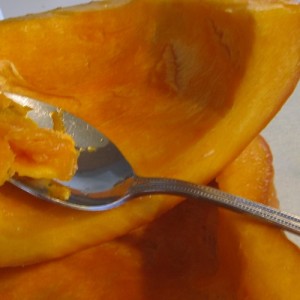 How do you tell if the pumpkin is done? I removed it from my pasta pot and felt it was a bad idea to throw it against the wall to see if it would stick, so I just stabbed a fork into it. The fork should smoothly pierce the inner, as well as the outer, wall of the limp pumpkin sections.

I grabbed my spoon once again and scraped out all of the pumpkin meat into a large, I’m talking extra large, mixing bowl. Gently scrape close to the outer shell of the pumpkin, kind of like you would if you were serving cantaloupe removed from its shell.

You should have quite a pile of pumpkin when you are done, especially if you used two fresh pumpkins. 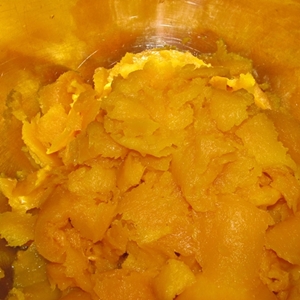 Next, find the best mixer you have, maybe even use a blender, a food mill, a meat grinder, a potato masher, a weed eater, or consider borrowing something from the neighbor and start smashing the pumpkin into an applesauce consistency.

If you must, take off your shoes and stomp the pumpkin like grapes. The smoother the pumpkin, the silkier your pies will be.

Once the pumpkin is smashed you may notice a lot of water in your pumpkin; we did NOT. I only mention this because all of the recipes did. Either way, the recipes used for homemade pumpkin pies expect there to be excess pumpkin water in the fruit. (Yes, a pumpkin is a fruit.) 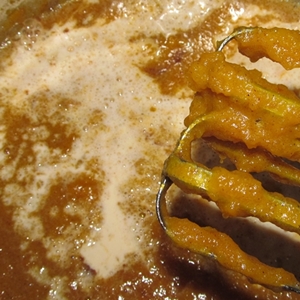 Preheat your oven to 425 degrees F.

Measure your well smashed pumpkin and see how much you have.

Note: If you don’t have all of the spices, substitute 5 or 6 teaspoons of “pumpkin pie spice.” The more the spicier.
Note: You can use any kind of milk. If you use dry milk, make it twice as strong as the recipe calls for. You can even use un-whipped whipping cream or sweetened condensed milk, too. 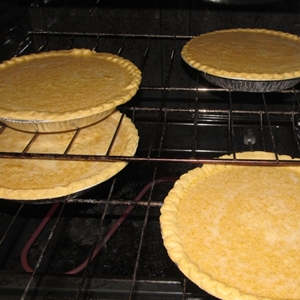 TIP: Pull your baking rack halfway out of your oven, place the pie crust on the rack, then fill your pie crusts with the liquid pumpkin mixture. Gently push the rack into the oven and you won’t be as likely to spill pumpkin all over your kitchen.

(You could make your own pie crust, but we did not, so you are on your own for that recipe for now.)

TIP: If you are baking multiple pies, place them in the oven as shown in the picture. Note how when I push the lower rack back into the oven the pies are staggered in placement.

Important!
-Cook the pie(s) at 425 F for 15 minutes.
-Reduce the heat to 350 degrees F and bake for another 45 to 60 minutes.
-Your pies are done when you insert a butter knife and it comes out clean. 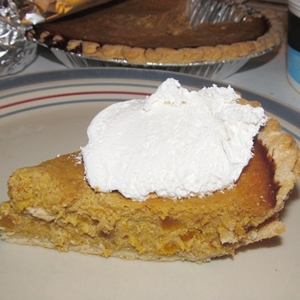 The pies freeze well, and so does the liquid pumpkin pie mixture if you end up with more pies than you expected. We ended up putting three of our four pies into the deep freeze to enjoy another day!

Go ahead and try baking a homemade pumpkin pie using this recipe. We thought they were very tasty and I’m thinking Pop would be proud that I am continuing this tradition!