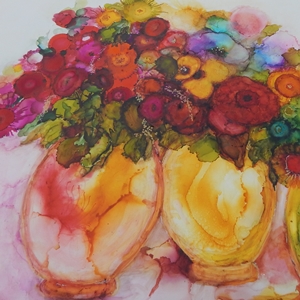 We are introducing a new vendor this week, Veggie Confetti. Veggie Confetti Farm is a small, family farm that grows hydroponic microgreens in St. Augustine Florida. The farm is completely self contained and climate controlled allowing for the year round production of their premium microgreens and pea shoots.

Owners Lynn and Jim Wettach are committed to using non-GMO seed, organic plant based nutrients and never any chemicals, pesticides or herbicides. The farm uses 80% – 90% less water than conventional farming and far less land due to vertical farming techniques. Microgreens are tender, tiny edible vegetable and herb greens usually harvested at one to three inches tall. According to a study conducted by Gene Lester, a researcher with the US Department of Agriculture at the University of Maryland in the summer of 2012, microgreens are packed with nutrients. The researchers looked at four groups of vitamins and other phytochemicals – including vitamin C, vitamin E, and beta-carotene — in 25 varieties of microgreens. They found that leaves from almost all of the microgreens had four to six times more nutrients than the mature leaves of the same plant. Microgreens and pea shoots are a wonderful addition to a number of dishes; soups, salads, sandwiches, wraps, smoothies, pizza, or delicious garnishes for main dishes.

We will have nearly 30 vendors on the 13th, and harvesting now are zipper, pink eye and Texas cream 40 peas from Boatright Farms. Alex with Bakery Ribault has introduced an almond poppy seed cake, and Blue Planet is returning after a three week absence with organic quinoa, nut butters and other tasty treats. Something Good returns with a fresh supply of gluten free desserts, and Jay’s Marketplace is returning with their popular chopped olive salad.

Entertainment will be provided by Larry Lemier, and our non-profit booth will be hosted by the Nassau Community Players, a county-wide musical fundraiser for Communities in Schools who will be promoting the upcoming show, The Music Man.

This is also the second Saturday of the month, so the Fernandina Beach Arts Market will be open right next door. Come see over 20 booths of local artists and crafters including paintings, jewelry, textile designs, pet accessories, woodworking and more.